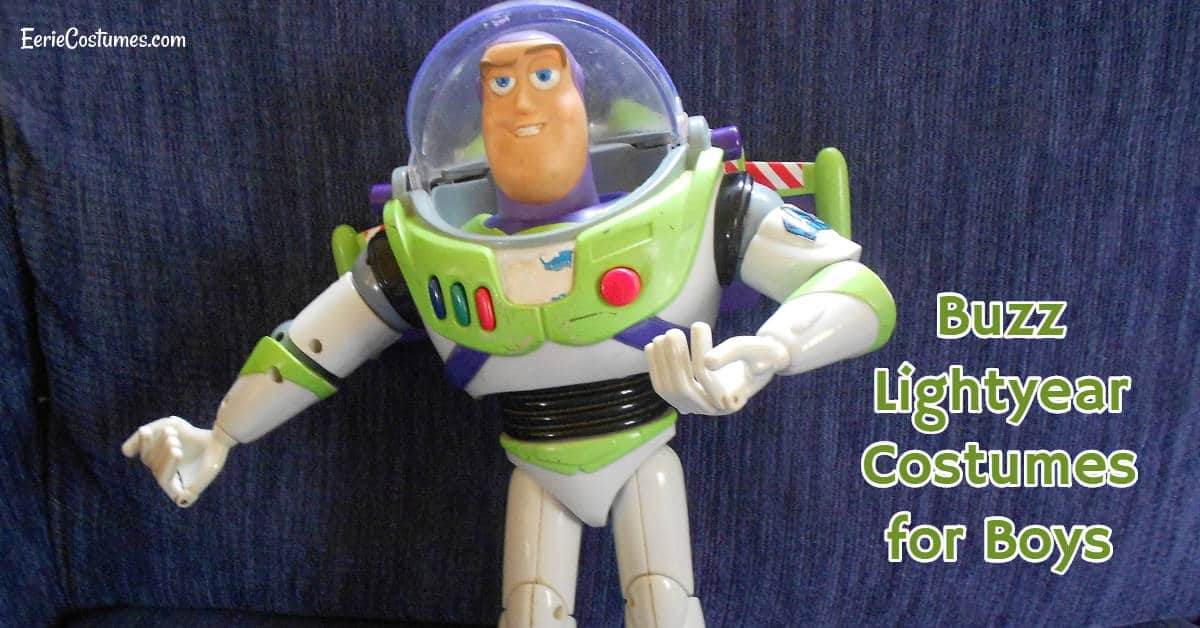 Buzz Lightyear costumes for boys has been a favorite for kids every since the first Toy Story came out in 1995.

He quickly became one of the most recognizable characters from the movie and his catchphrase “To infinity… and beyond!” became an extremely quotable phrase.

This popular spaceman character is a big hit with this age group and his futuristic costume is both eye catching and appealing.

As a result, he’s become a firm favorite with young boys and is a Halloween costume choice that they’ll look forward to wearing on October 31st.

There are plenty of classic and ‘Deluxe’ Buzz Lightyear costumes on the market.

The classic costumes generally feature a full body jumpsuit with a black, green, purple and white design that resembles Buzz Lightyear’s iconic spacesuit along with a purple hood.

The ‘Deluxe’ costumes feature a similar jumpsuit design but with added definition and padded areas which give the spacesuit a more detailed look and feel.

They also come with a set of detachable wings and a Buzz Lightyear facemask which allow your child to replicate the animated hero in style.

Both the classic and ‘Deluxe’ Buzz Lightyear costumes can be completed with a range of stylish accessories.

One of the most advanced accessories available is a Buzz Lightyear Light Up Helmet.

It has an adjustable, drop down plastic face shield, green and red flashing LED lights and foam padded earphones.

And don’t forget about the Buzz Lightyear Blaster Gun. It has a blue, green, purple and white design and fires soft foam balls.

Since Buzz Lightyear is part of the Toy Story franchise, one great way for your young boy to get maximum enjoyment out of the costume is to wear it as part of a group Halloween costume with his friends.

Arrange with your friend’s parents for them to dress up as Woody, Rex, Mr Potato Head or any of the other characters from the Toy Story movies.

They’ll all be able to have hours of fun trick or treating while dressed as the Toy Story gang. 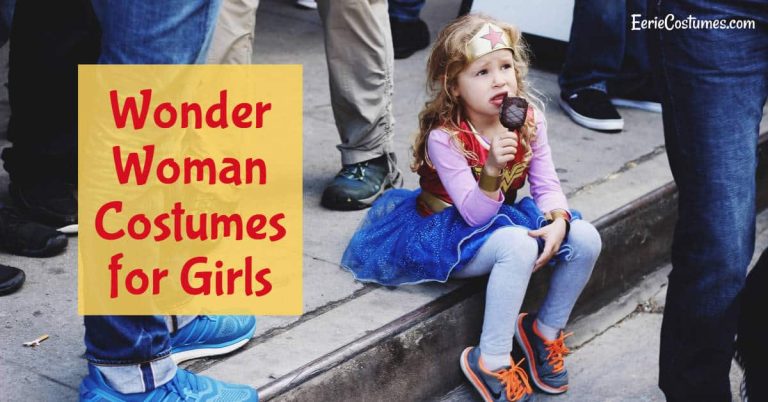 Wonder Woman has been an idol to many people, especially kids – so she’s a great choice for a Halloween costume. She is the symbol of power, justice and equality to them and when they do something right, like protesting something wrong, they are most probably thinking of Wonder Woman and they feel like superheroes…